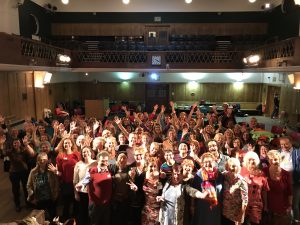 UnitedMind and Laughter Yoga are synonymous in London and the UK, and we are always looking to create opportunities for growth, both personally and professionally.

The past years have seen a number of conferences and special days being held in various locations around the UK and 2018 has been another year with exciting speakers who joined us in London.

The Playing Human Conference is a new brand and new type of conference and we will be back in 2020! 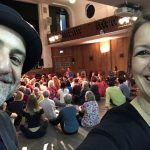 Laughter Yoga celebrates 25th Anniversary in 2020 and we will be celebrating the creation with lots of laughter and fun.

The 1-day Laughter Yoga 25th Anniversary Conference will be held at Conway Hall in Central London and will be followed by The Playing Human Conference 2020 which will run over 6-7 June 2020. The early bird fee for the three days is £125 and can already be booked on https://www.unitedmind.co.uk/product/the-playing-human-conference-2020/.

Conferences in the past 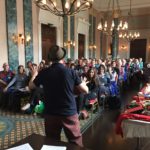 It was extremely exciting to experience the Patch Adams and Pady O’Connor back in London for the 2-day The Playing Human Conference on 27-28 September 2018.

The two days were held at Conway Hall in Central London and 100 play, joy, happiness and laughter enthusiasts gathered to spend time together to learn and to play. 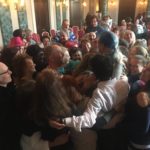 It was with huge excitement that UnitedMind invited Patch Adams to London in April 2018 to run a workshop. Also speaking and introducing Clown Doctors in the UK was Pady O’Connor of Mee Mee Theatre.

The number 100 seems to be a common denominator for UnitedMind’s events with the theme of laughter, joy, happiness, and the event was a massive success. 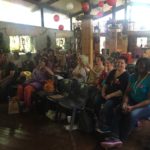 UnitedMind joined Laughter Time in organising the conference at their Laughter Festival in June 2016.

The event was popular and the Laughter Festival is planned to be an annual event organised at Cabourne Parva.

The Laughter Festival ran in 2016 and 2017. Hopefully it will be brought back in the future! 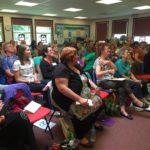 The following year, in June 2015, a number of key-note speakers were invited to be part of the Laughter Yoga Conference held in St. Albans. Once again, almost 100 Laughter Yoga Professionals from all around the world came to Hertfordshire to share laughter, joy, and to learn. 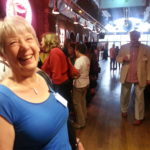 In June 2014 UnitedMind organised an Advanced Training Day with Dr Madan Kataria and Mrs Madhuri Kataria as the key presenters.

Almost 100 Laughter Yoga Professionals joined us to learn from the founders of Laughter Yoga International when we gatered in Manchester to share the wisdom, connection and compassion.

Tobias Oliver
15:21 08 Mar 20
Laughter Yoga... training is seriously good fun!I had a brilliant two days training to be a Laughter Yoga teacher with UnitedMind. Lotte and Mel were fantastic tutors - welcoming, knowledgeable, and supportive. I learnt so much, including the science behind why laughter is so good for our health. What's more, I have never laughed so much on a training course before! I'd strongly recommend it.read more