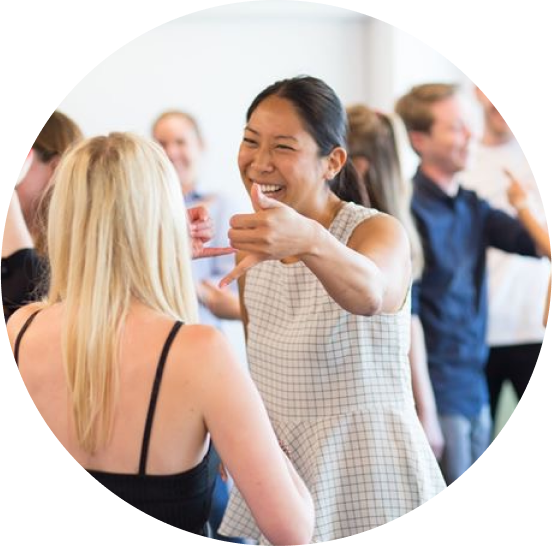 Improving Teams and Organisations For Over 20 Years

UnitedMind has over 20 years of experience offering bespoke and effective Laughter Yoga workshops to businesses and teams across the UK.

Over the years, UnitedMind has motivated, empowered and revitalised teams and organisations to help them reach their full potential. Get in touch with our friendly team today and discover how UnitedMind’s corporate wellbeing services can enhance your workforce. 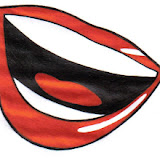 Jannie Stricker
I completed the Laughter Yoga Teacher Training in October 2021. The week was very useful, and I learnt a lot. All the laughter we shared not only in the classroom but also outside was amazing. As a first-hand research, I actually noticed a change in my mind and body after a full week with several laughter sessions a day.

Michelle Ligon
Great laughter yoga online leader course! I was nervous at first but Lotte was brilliant - she has a very easy going, warm and engaging style which really helped. The course was super informative, interesting and fun. Everyone in the group really gelled and it was a very rewarding and supportive experience. I can't wait to get involved in more laughter sessions and eventually start running my own!!

Lynne Carruthers
Had a great time learning how to become an online laughter yoga leader with Lotte and her infectious enthusiasm and laughter.

Mary Thomson
Lotte has been very flexible and compassionate throughout the Laughter Leader Training that I attended live online. The experience was wonderful. I felt supported and encouraged throughout. Lotte gives her full attention and provides a high quality level of information and administration. I found the timing to complete the course was just right, and helped me to attend and manage the course. I highly recommend Lotte who has years experience, deep wisdom and humility; willing to share the learning she has gained through Teaching Laughter yoga. I am very happy to recommend Lotte. I look forward to further training with Lotte.

Frances Burton
Excellent course which was adapted for virtual learning. Small group so we had ample time to ask questions and practice skills. Learning was fun and practical. I would definitely recommend Laughter Yoga training and it has already been of interest to prospective employers for role in wellbeing and inclusion.

Sarah Alderson
Amazing training. Lotte is truly an inspiration to work with and laughter was free flowing ?

Sylvia of Edinburgh
What a joy, and what an uplifting and truly wonderful training. Thank you Lotte, the Laughter Yoga leader training was amazing. This is most certainly just the beginning of my laughter yoga journey! Ho, ho, ha, ha, ha 😉 Sylvia

Tove Kane
Lotte Mikkelsen is outstanding! She's the breath of fresh air that the world needs, now more than ever. I trained with Lotte as a Laughter Leader during the Covid-19 Lockdown in 2020. Even online, her warmth and wisdom shine! She's an expert in the field of Laughter Yoga and I admire the way she blends her professional business background with her evolved laughter skills. She laughs effortlessly and it is infectious (in a good way). She's an excellent teacher and communicates clearly, with reassurance - encouraging your sense of confidence in a field that might be new to you. Whether you go on to lead laughter sessions, or teach, you will have so much fun you'll want to share it. There are tremendous health benefits to Laughter Yoga and Lotte will teach you about those and the scientific background as well as many fun exercises that will boost your mood and your immunity. All the best with your journey - DO start it with Lotte, she's an expert for good reason. Highly recommended!

Tina Poyzer
Great course delivered by a very knowledgeable laughter yoga expert and leader. Lotte is very supportive and knows how to structure and deliver the training. Got lots out of this and well worth it.

Check out all other customer testimonials and see first-hand how we can laugh your business to success!

Read All our Reviews

Benefits of our Workplace Wellbeing Services: 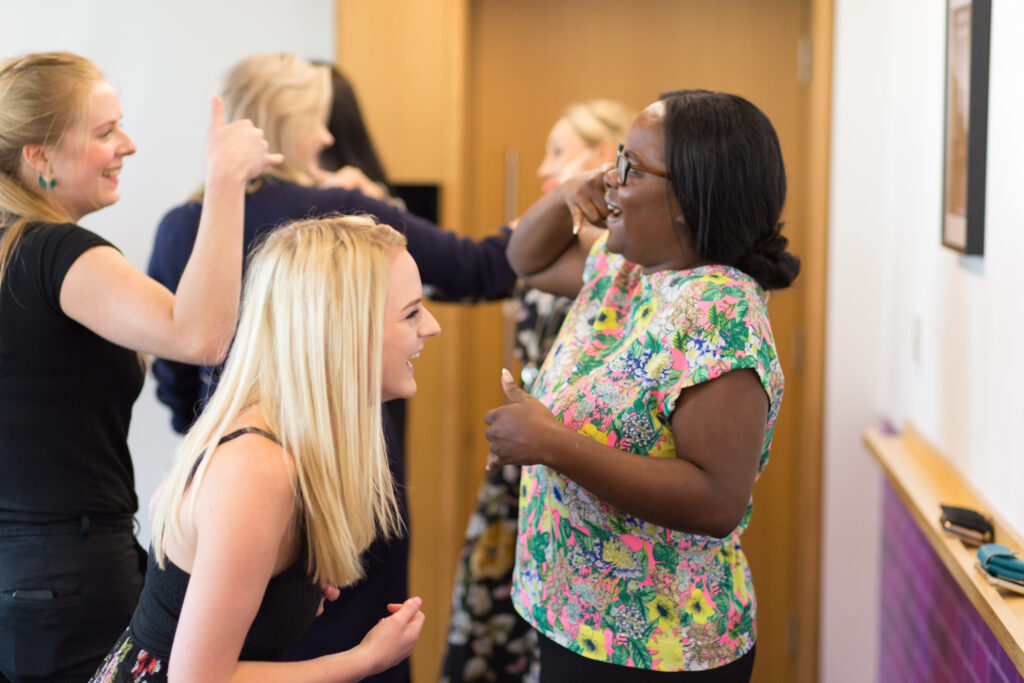 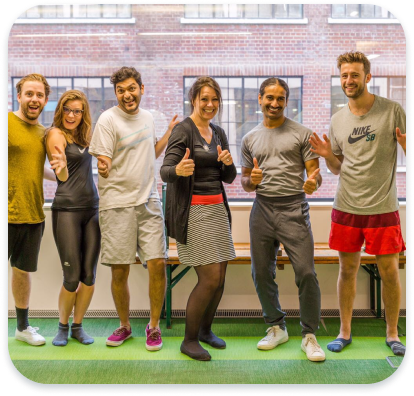 Would you like to become an accredited and certified Laughter Yoga teacher? UnitedMind’s training programmes are high-quality accredited programmes that can be tailored to suit any requirement for further professional development within the workplace or privately.

The training and workshop programmes cover individual and group needs. Please visit the Course Comparison to get an overview of the differences between the Laughter Yoga programmes. You can book workshops, courses and therapies offered by UnitedMind by contacting us or by visiting our online shop.

Book Your Next Workshop

Receive information on the latest workshops and events in your inbox. 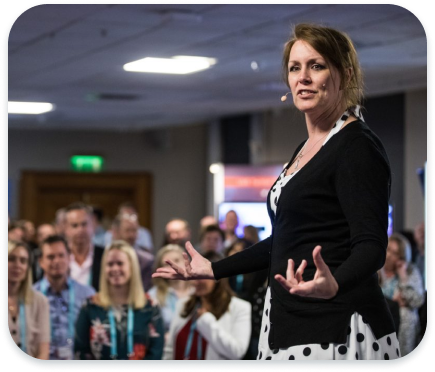 For further details and price information on any of the services offered please complete the form or contact us via email, phone, or social media as listed below.

Our laughter workshops and laughter training programmes combine laughter, breathing and business in a recipe for success. This shows that Laughter Yoga and Laughter Therapy are valid and important training elements suitable for any workplace and individual.

We pride ourselves in our innovative, playful events!
The play element has never been more important for thriving workplaces in the UK and across the world than it is now.

What is Laughter Yoga Therapy?

Our method is a non-bendy, non-intrusive, all-inclusive, fun ‘workout’ that deals with all levels of stress! Laughter Yoga helps people benefit mentally as well as emotionally! In addition it helps boost their physical health as they laugh regularly.

You may also be interested in reading about how Laughter Yoga can be positively applied to manage certain health conditions on Laughter and Healing, and the article ‘Laugh for No Reason‘ provides additional information about the benefits of practising Laughter Yoga.

If you want to get ideas on how to increase your daily laughter dose you can find inspiration on the pages about Laughter Yoga training and programmes, corporate services, and laughter clubs.

We are committed to bringing about positive change in people’s lives!
We launched a project to encourage those changes within businesses and organisations. A project to bring the Laughter Yoga Leader Training and workshops to teams in workplaces across the UK.

To receive the full proposal please contact us. Furthermore, UnitedMind is uniquely offering the Laughter Yoga Teacher Training in the UK. We have second to none programmes for any organisation and individual.

In order to keep up-to-date with the latest information and movement in the Laughter Yoga arena please subscribe to our newsletter on UnitedMind Monthly Newsletter.

Our news lets you to read about workshops, stories, launches and other events. All about Laughter Yoga, training, workshops and coaching, Gibberish, Laughter Therapy, Laughter Clubs and conferences. It also writes about other health-related matters and research where laughter is a key ingredient in tackeling daily challenges in life and at work.

Many challenges can be managed by adopting Laughter Yoga and Laughter Therapy methods as an individual or group tool personally or professionally.

For details and information about tailored programmes for stress management, team connection, conflict resolution, confidence boosting and other workplace-related requirements please contact us. 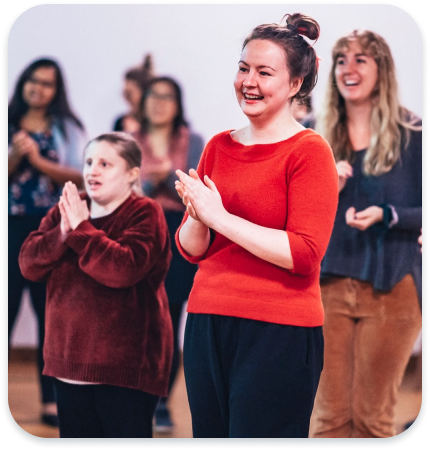 What is Laughter Yoga and how does it work?

Laughter Yoga is a fantastic way of keeping fit and healthy whilst having fun. Laughing Yoga first appeared in 1995 when a Medical Doctor introduced the combination of playful laughter and deep breathing techniques. Since then Laughter Yoga classes have swept the world and now have a presence in more than 110 countries.

With UnitedMind’s Laughter Exercises, the aim of the session is to transform the initial simulated laughter into genuine hearty laughter. Breathing exercises, active movement and real laughter, such as spontaneous laughter, suppress stress hormones like cortisol, which improves a person’s mood, lowers blood pressure and can help build a stronger immune system.

Laughter Yoga is now widely accepted by the medical and scientific world, and large organisations are using Laughter Yoga to enhance the well-being of their staff.

What are the health benefits of Laughter Yoga?

Laughter Yoga increases your heart rate and oxygen levels, which both improve blood vessel function and circulation. You can lower your blood pressure and decrease your risk of heart attack through regular laugh yoga sessions.

Other health benefits include improved mental health, reduced stress, strengthened immune system and many more! Check out all other Laughter Yoga benefits on our corporate wellbeing services page.