When faced with potentially life changing challenges most people venture through a life review process hoping to discover something that can act as a counterweight to what may lie ahead.

The same was the case for me, and this automatic response was what eventually saw me start the Telephone Laughter Club (UK) in September 2008.

The background for starting the Telephone Laughter Club was to combat a potentially different future than the one I had always pictured. After an MRI scan in early 2008 I was faced with the possibility of having multiple sclerosis, and having lost a sister to MS almost 20 years earlier I knew the consequences of the disease if I did nothing to battle it and the diagnosis.

Laughing, I knew, encouraged the body’s defense system, and I started imagining that the healthy t-cells released after laughing would replace the sick t-cells. The sick t-cells are the ones that attack and destroy the myelin sheath, the fatty layer on brain cells, in MS causing neurological damage and dysfunction.

Apart from the t-cell theory I figured that even if it might not work at least I would still feel good after laughing and that in itself would be encouragement.

In the western world you do not laugh as often in Laughter Clubs as you do in India for example, so in order to organise daily doses of laughing I had to brew up a different solution than meeting in a Laughter Club. Inspiration came from Australia and United States where telephone laughter had been successfully introduced to the public. Based on advice and guidance from two Laughter Colleagues the Telephone Laughter Club (UK) started on 16th September 2008.

In the beginning the service was paid for by the users but not many people were willing to take the extra expense they would incur from dialing in daily and in January 2010 the Telephone Laughter Club was re-launched with a free-phone number, free for UK landlines to dial into.

The idea of the Telephone Laughter Club is a great way to start the day! Dial in to a 10 minute live laughter call to frame your day from a full-on endorphinated view.

The results are amazing and phone laughers tell the greatest stories;

Other people have told of physical benefits to their digestive system and social benefits in their work relationships. Wonderful!

Physical Change from Illness or from Laughter?

As for myself? I do not fear the physical changes I had been presented with in 2008 because I do not believe that MS is in my body anymore. Laughter is my companion and beats a lot of self-limiting and unhealthy thought patterns. Trust, visualisation and laughter are powerful tools to create lasting changes – both on a personal and on a professional level.

As a result of the changes I have found in myself and the vision to spread laughter to all people, the Telephone Laughter Club is fully sponsored by UnitedMind in the context of the pay-it-forward philosophy where good things are being passed on to others with no other expectations than positive reflection and sharing.

The aim of the Telephone Laughter Club is the same as that of the original Laughter Clubs, to encourage and induce laughter and all its benefits until real laughter emerges for the sake of creating peace within and around. It is not about funny noises being transmitted over the phone but simply about laughing for no reason to promote health and joy.

Laughter Yoga brings about positive change you can bring into your personal as well as professional life as renewed energy and inspiration.

Take a deep breath and try it for yourself – in the Telephone Laughter Club!

The ambition for the Telephone Laughter Club (UK) is to have the service sponsored by an organisation who supports initiatives that make a positive difference to people’s mental and physical health and well-being.

Clients That Have Laughed With Us: 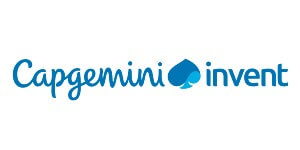 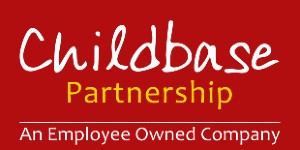 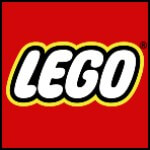 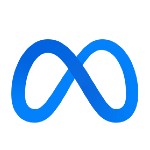 Jannie Stricker
I completed the Laughter Yoga Teacher Training in October 2021. The week was very useful, and I learnt a lot. All the laughter we shared not only in the classroom but also outside was amazing. As a first-hand research, I actually noticed a change in my mind and body after a full week with several laughter sessions a day.

Michelle Ligon
Great laughter yoga online leader course! I was nervous at first but Lotte was brilliant - she has a very easy going, warm and engaging style which really helped. The course was super informative, interesting and fun. Everyone in the group really gelled and it was a very rewarding and supportive experience. I can't wait to get involved in more laughter sessions and eventually start running my own!!

Lynne Carruthers
Had a great time learning how to become an online laughter yoga leader with Lotte and her infectious enthusiasm and laughter.

Mary Thomson
Lotte has been very flexible and compassionate throughout the Laughter Leader Training that I attended live online. The experience was wonderful. I felt supported and encouraged throughout. Lotte gives her full attention and provides a high quality level of information and administration. I found the timing to complete the course was just right, and helped me to attend and manage the course. I highly recommend Lotte who has years experience, deep wisdom and humility; willing to share the learning she has gained through Teaching Laughter yoga. I am very happy to recommend Lotte. I look forward to further training with Lotte.

Frances Burton
Excellent course which was adapted for virtual learning. Small group so we had ample time to ask questions and practice skills. Learning was fun and practical. I would definitely recommend Laughter Yoga training and it has already been of interest to prospective employers for role in wellbeing and inclusion.

Sarah Alderson
Amazing training. Lotte is truly an inspiration to work with and laughter was free flowing ?

Sylvia of Edinburgh
What a joy, and what an uplifting and truly wonderful training. Thank you Lotte, the Laughter Yoga leader training was amazing. This is most certainly just the beginning of my laughter yoga journey! Ho, ho, ha, ha, ha ;-) Sylvia

Tove Kane
Lotte Mikkelsen is outstanding! She's the breath of fresh air that the world needs, now more than ever. I trained with Lotte as a Laughter Leader during the Covid-19 Lockdown in 2020. Even online, her warmth and wisdom shine! She's an expert in the field of Laughter Yoga and I admire the way she blends her professional business background with her evolved laughter skills. She laughs effortlessly and it is infectious (in a good way). She's an excellent teacher and communicates clearly, with reassurance - encouraging your sense of confidence in a field that might be new to you. Whether you go on to lead laughter sessions, or teach, you will have so much fun you'll want to share it. There are tremendous health benefits to Laughter Yoga and Lotte will teach you about those and the scientific background as well as many fun exercises that will boost your mood and your immunity. All the best with your journey - DO start it with Lotte, she's an expert for good reason. Highly recommended!

Tina Poyzer
Great course delivered by a very knowledgeable laughter yoga expert and leader. Lotte is very supportive and knows how to structure and deliver the training. Got lots out of this and well worth it.