This month we are introducing the Organiseer of The Playing Human Conference in London on 27-28 September 2018 branded as Your Everyday Laughter Queen #youreverydaylaughterqueen.

This really IS our final introduction of the key people of The Playing Human Conference – meet Lotte Mikkelsen, Laughter Ambassador and Laughter Yoga Master Trainer in the UK!

She is the organiser of The Playing Human Conference this year and has been the driver of many Laughter Yoga Conferences in the past in the UK. She has also been instrumental in the development and spreading of Laughter Yoga in United Kingdom since 2003. Read more about her…

With a background spanning from mid-80s until 2010 (although part-time from 2001-2010) in national and international technology companies Lotte has had a closer encounter with the stress of worklife since she first started her IT career. Positions in technical support, sales, product management, top management and marketing took her on a journey through the fast-paced 90s technology sector with targets, sales, conventions, exhibitions and late budget and planning meetings. 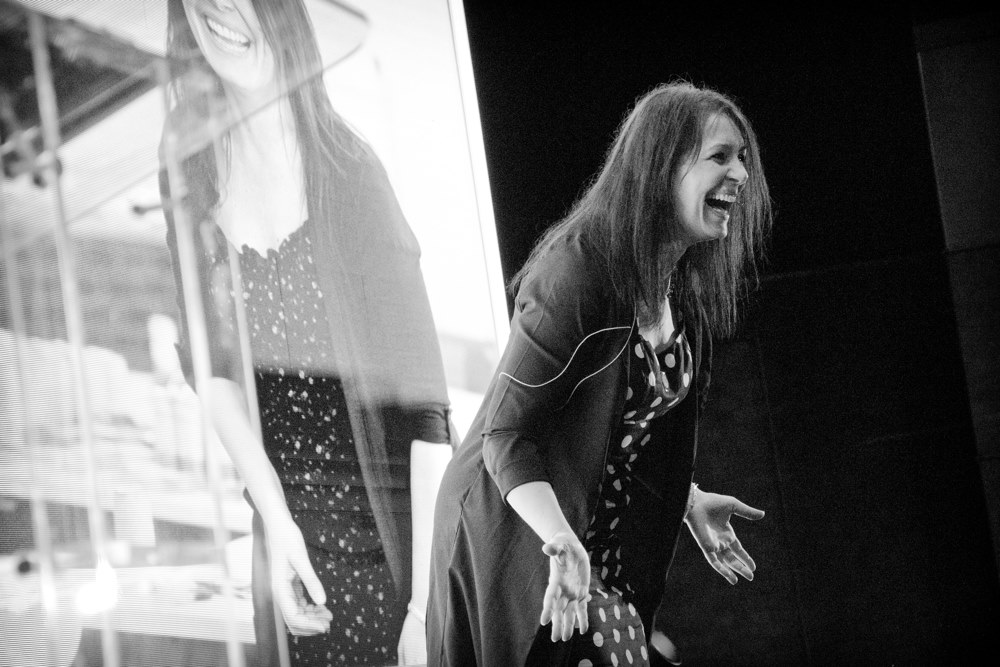 Laughter Yoga was her answer to escaping the so-called rat-race.

When Lotte had her first experience of Laughter Yoga in Copenhagen at World Laughter Day (known as the HappyDemic with almost 10,000 people gathered) in January 2000 her decision was clear – this was her path to changing the world with a smile and a laugh. It was a way to become more light-hearted, playful and take life less seriously which had been her experience for many years.

‘My life didn’t change overnight but some good things take time and I am just happy that I did go for the dream and started laughing part time when I launched UnitedMind in 2002, and even better, full time in 2010 when I decided to quit the IT business. The best career move ever – for me.’

And it has certainly changed Lotte’s life from selling software and networking solutions to multi-million companies to sharing laughter with thousands of people in corporate and private groups.